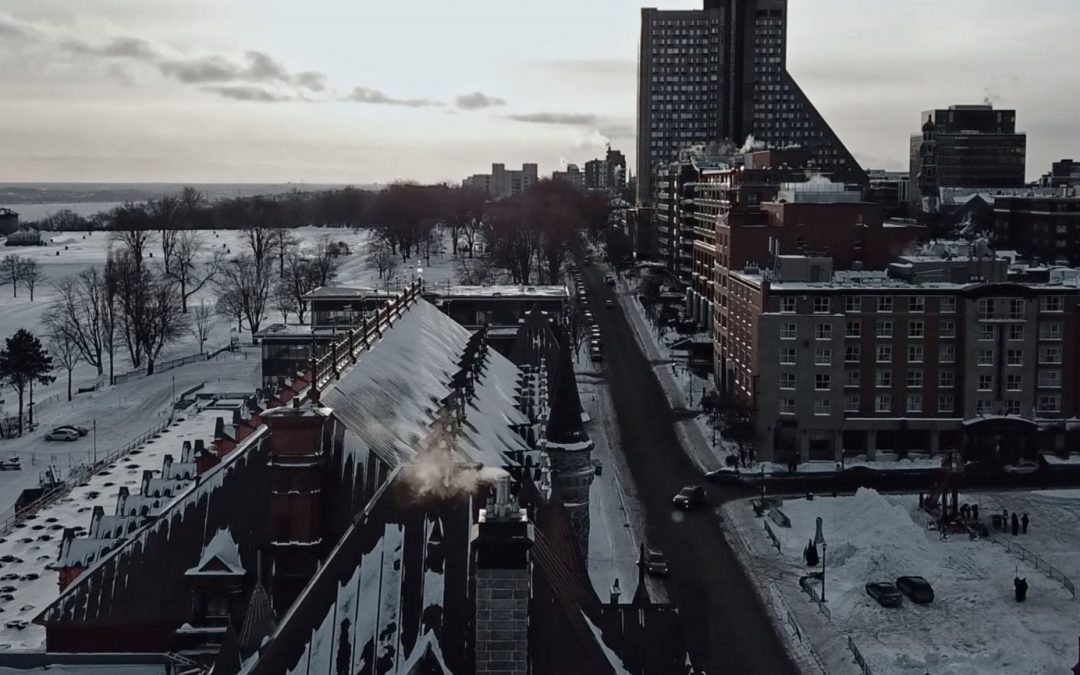 This is officially the first drone video we produced and made using our brand new Christmas present to ourselves 🙂 We had a blast traveling on the road all the way from Roanoke, VA to Vermont and then across the border into Canada and up into Quebec City.

We made a stop in Vermont not too far from the famous Vermont Country Store and got our very first drone footage off road on a Jeep trail.

Having flown drones before, I was somewhat familiar with the operation and control of piloting such a marvelous beast. It’s a rather small drone, but don’t let that fool you. It’s impressive build quality and stunning cinematography makes the footage appear to be from a much larger source like a helicopter. It also has quite a speed reaching 40mph I do believe.

The range of the drone was also impressive considering I was inside the Jeep while Hailey was driving and the trees and buildings were all around blocking the line of sight.

I’m still learning the drone and probably will be for a few more videos, but the results are absolutely fabulous. On one particular flight in the woods, Hailey and I drove almost a mile and had the drone following us the whole time getting amazing footage until the battery started getting low…..Sooo, the drone has this feature where it automatically returns to the “Home” position set during the launch should the battery get low.

We learned this first hand…We were about a mile down the road from where we launched it and then all the sudden, it zoomed away at full speed and out of my control. I silently laughed inside because I knew what was happening, but I was kinda scared I would never see it again.

Then I said to Hailey, “Ummm, so the drone is gone.”

She was like, “What do you mean the drone is gone?!”

“It left. It flew away at full force back to where we launched it. It just went up, up, and away.”

It was pretty funny, but also like what-the-heck because we had no idea if it had even made it back to the starting point without hitting a tree or two along the way. It would have been impossible trying to find it in the woods all around the Jeep trail.

We kept driving and driving not realizing how far away we really had gone! Finally, we made it back and there it was, sure enough, just floating in the exact same place it was launched from.

I was just hoping someone wouldn’t also be on the path driving and turning around the bend only to find a drone just hovering in their way. That would be a sight.

We got some more shots there and then made our way up to Canada. It was our first time in Canada, and we were told Quebec City during the winter around Christmas was the best time to go.

We weren’t really fans of the -19 temperatures because it’s too cold to human. We went in and out of shops pretending to like their stuff. Hand warmers are like your best friend. We bought several best friends there.

In the video, you’ll notice how smooth the drone really is especially in the city with all the wind and buildings. I didn’t need to stabilize any of the footage in the editing process at all. I was shocked. I usually need to stabilize even drone footage because it can still be shaky from wind or just normal flight, but not this drone.

The music is all original that I built using Garageband in case anyone is wondering. The video was put together completely using Davinci Resolve which is a free and very powerful editor and coloring software suite. It’s worth checking out if you’re looking for something to help transform your raw footage into a masterpiece of beautiful colors and moods.

Eventually, I will be making video tutorials of my photo and video process going from start to finish of the coloring process in detail. All tricks exposed! There is much to learn yet for myself as it is an ever-evolving industry and process, but the plan is to help you learn the basics and take your imagination with your knowledge to produce wonderful content. 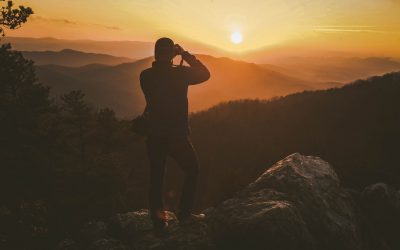 5 Reasons for Adventurers to Explore Locally

“Traveling is oftentimes a great stress reliever, but it can also add a lot of stress as well…” 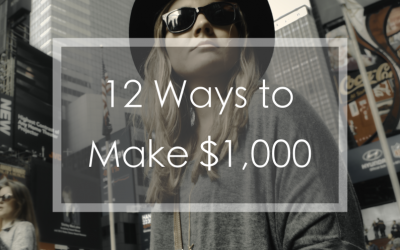 “Earning extra cash does not have to be hard. As a matter of fact, it can be fun…” 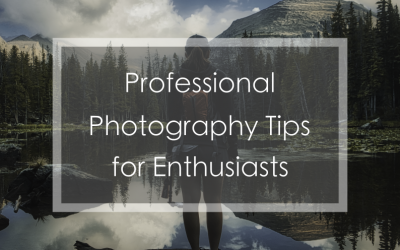 “Travelers have it hard when it comes to photography. If you’re going the simple route…”

You have Successfully Subscribed! 5 Reasons for Adventurers to Explore Locally

Why Wastwater, in the Lake District, is an Explorer’s Dream

How to Get the Most Out of Traveling

Did you find this helpful?